The Princessehof National Museum of Ceramics will present Sunken Treasures: Secrets of the Maritime Silk Road from 7 September 2019 until 28 June 2020. This exhibition showcases ceramics and other objects that were found on board eight shipwrecks dating from the ninth to the nineteenth century. Hundreds of loans are coming to Leeuwarden from Korea, Singapore and elsewhere for the exhibition. The finds tell fascinating stories about the Maritime Silk Road in Asia and open up a hidden world of international trade and exchange.

With their graceful ships, the Arabs were the first to be able to cover long distances on the open sea. The discovery of the Tang Shipwreck from around 830 CE is the first concrete proof of this. The crew eagerly loaded the stoneware and porcelain in China, but the refined pots, bowls, mirrors and dishes never reached the Middle East. The captain decided to make a detour on the return journey and crashed into reefs. The ship sank and lay undetected at the bottom of the Java Sea until 1998. Read more about the Princessehof. Vist Leeuwarden with tour camper and stay at Camperplaats Leeuwarden!

Until about the 12th century it was mainly foreign ships that shipped ceramics and other products from Chinese ports. The introduction of the compass and better ships led to the Chinese playing a more active maritime role. A Chinese ship that sank off the coast of Sinan in 1323 was transporting exclusive celadon for wealthy members of the Japanese elite, as well as incense burners and statues for Japanese temples. This is evident from the inscriptions on the wooden labels found among the merchandise. Other important information such as the production centres, the port of departure and the quantities are also noted. The find offers archaeologists valuable insights into the development of Chinese ceramics and Japan during the 14th century.

Around 1500, the Spanish and Portuguese successfully navigated the route to Asia, opening the way for trade from Europe. However, the appearance of Dutch and British ships on the horizon almost a century later signalled the end of their monopoly. In 1600 the Dutch captain Olivier van Noort couldn’t resist the temptation when he heard that there were fully laden ships in the Philippines. Hoping to seize a considerable booty, he attacked the San Diego. The Spanish ship sank because it was overloaded with cannons, ammunition and provisions. During the salvage, it transpired that the San Diego was carrying products from all over the world, including a large quantity of Kraak porcelain. Thirteen years later the Dutch VOC ship Witte Leeuw sank after attacking two Portuguese vessels. This time it was greed that got the better of the Dutch: the powder room exploded and the merchandise they had amassed sank with the ship, a huge loss for the VOC. 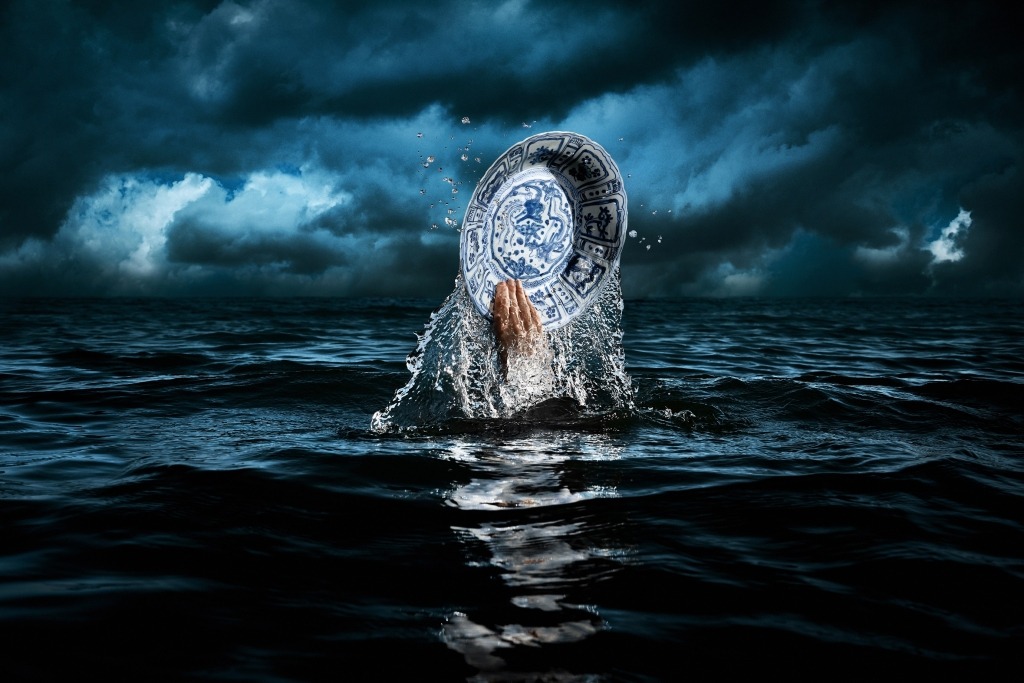 Because of their valuable cargoes, shipwrecks are very interesting for commercial diving companies. For a long time this was the usual way of salvaging a ship. In the 1980s, an auction of ceramics from the wrecks of the Asian Hatcher ship and the VOC’s Geldermalsen yielded millions. However, most of the information about the ships and crew was lost during the salvage operation. A reconstruction of the past is therefore no longer possible. The auction led to tighter legislation and the professionalisation of underwater archaeology in the Netherlands. Maritime archaeologist Martijn Manders explains the importance of careful underwater archaeology using the recent excavation of the VOC ship Rooswijk off the English coast as an example.

Finally, Sunken Treasures tells the tragic story of the Tek Sing. When the ship smashed into rocks in 1822, 360,000 pieces of porcelain and hundreds of human lives were lost. Travelling on deck were more than 1600 immigrants, who were leaving China illegally. Although Chinese trade was flourishing, the empire was beginning to falter, so people looked for a better life elsewhere. In addition to the enormous quantities of porcelain, pots with opium residue were also found. The British smuggled this drug to the east, fomenting mass addiction, which contributed to China’s decay.

Hundreds of loans from international museums will come to Leeuwarden for the exhibition. The museum’s own collection is complemented by special items from the National Museum of Korea in Seoul, the Asian Civilisations Museum in Singapore, Musée Guimet in Paris, the Rijksmuseum in Amsterdam and the collection of Anton van der Weide, among others. The Princessehof is also working closely with the Cultural Heritage Agency of the Netherlands. Studio Louter and Opera Amsterdam designed the exhibition.

The exhibition is accompanied by a bilingual publication that brings the stories of the shipwrecks to life. The rich historical context of the trade along the Maritime Silk Road is described on the basis of the finds that have emerged. The development of maritime archaeology in Asia and the Netherlands is also discussed. The catalogue, edited by curator Karin Gaillard, includes contributions by Eline van den Berg, Stephen A. Murphy, Young mi Kim, Martijn Manders, Jeroen ter Brugge and Christiaan J.A. Jörg. Erik and Petra Hesmerg took the photographs. The book is published by Waanders and costs € 24,95.

The exhibition Sunken Treasures: Secrets of the Maritime Silk Road is made possible by the Mondriaan Fund (the public fund for visual art and cultural heritage), the Korea Foundation, LF2028, Van Achterbergh-Domhof, the Prins Bernhard Culture Fund and Buchter-De Vries Fonds, Sint Anthony Gasthuis, Cultural Heritage Agency of the Netherlands, Club Céramique, the Society of Friends of the Princessehof National Museum of Ceramics, and M.A.O.C. Countess van Bylandt Foundation. Tang Shipwreck Collection at the Asian Civilisations Museum was made possible by the generous donation of the Estate of Khoo Teck Puat in honour of the Late Khoo Teck Puat. 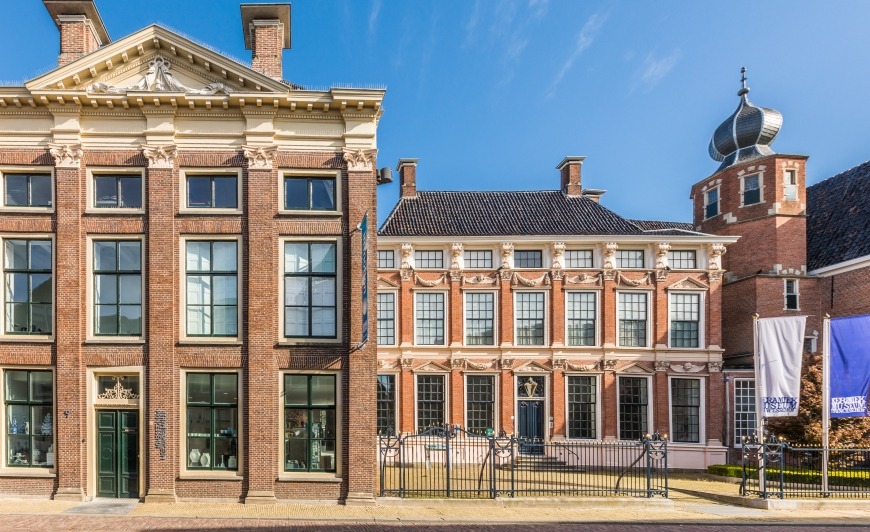