Fuerza Bruta is the name of this world-famous and uniquely special Argentinian company. They perform large-scale spectacular theatre – jam packed with visual surprises. The show is packed full with music, dance and acrobatics on moving stages and between floating sets. Not just in front of the audience, but also in-between and above - a 360 ° experience.

The public is literally at the heart of the action – one big party for all your senses! There are lots of visual tricks which will take your breath away. A woman dancing above your head. People running in the air. A swimming pool that descends above your head, with people swimming in it, so close that you stretch out and touch them …

With a side programme – NieuweFuzie – from young filmmakers and artists from the region, and three bands (Klankveld, The Resurrection and Hillebrandt), food trucks and bars, this is the largest international event in Leeuwarden this year.

See you by your camper by Camperplaats Leeuwarden!

Explore Leeuwarden and our campsite!
Back to Actual 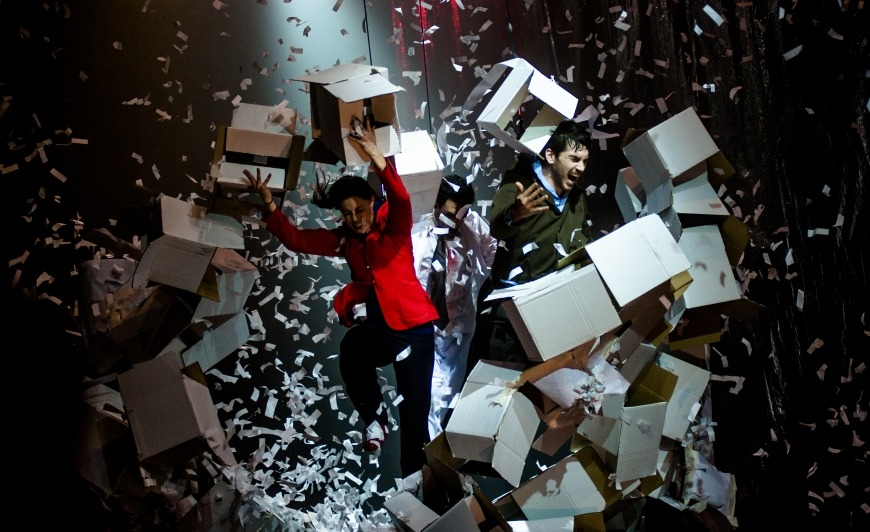